Google Keep Notes Vs The Competitors 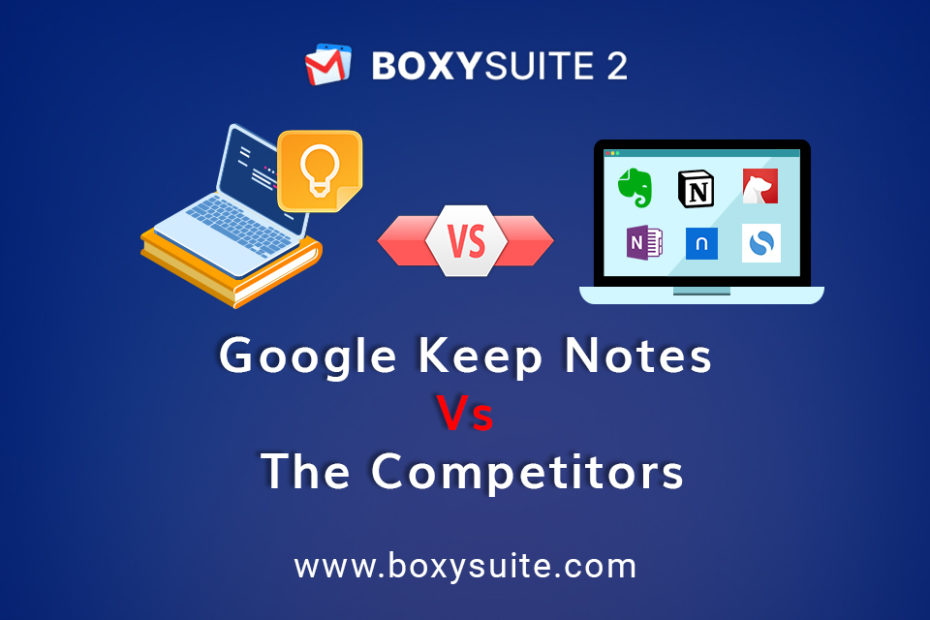 Due to the demand for productivity and note-taking services, many applications are available on almost any platform. With the number of options, you might be confused about selecting what’s best for you and your use case. Luckily, Google Keep is something that you don’t have to worry about and rely on it to work.

Although there are various other similar applications, Google Keep Notes remains the superior. However, if we are to compare it with other popular and similar note-taking platforms, let’s find out their pros and cons over Keep Notes.

Evernote was once considered the ultimate organization software. Unfortunately, its stale updates and the competition made it inferior. The free version of Evernote is limited with the amount of content you can upload per month and you can sync only two accounts at a time. Google Keep, on the other hand, keeps getting better with every update. Unlike Evernote, it’s completely free and accessible offline.

The popular Notion has a free version, but it lacks proper offline access at the moment of this writing. Also, if you’re a beginner, the organization and interface of Notion can be confusing and complicated to manage. Although personal plan is free, the team plan has 1,000 block limit and you must upgrade it with a monthly plan of $4/month. In contrast, Keep offers a streamlined UI that’s highly operable and it’s completely free.

The Bear Notes also gained popularity within the Apple device ecosystem. That’s right; Bear is only available on the iPad, iPhone, Apple Watch, and Macs. Bear Notes is not free but it offers a free trial with yearly subscription of $14.99. That alone makes Google Keep a superior choice for its multi-platform sync, free to use and unlimited device support.

Contrary to others, Simplenote is an entirely free app. It has comparable sync speed with Keep, better platform support, and a simplified interface. All of it is great; however, you can only create plain texts and simple checklists. Keep, as mentioned, supports texts, images, drawings, and many more.

Notability is another note-taking and sketching platform with integrated drawing tools like highlighters and ink. However, Notability is not free to use and comes at a yearly subscription of $8.99 (sometimes limited time offer at $3.99). In contrast, Google Keep Notes is completely free to use on any platform.

Microsoft’s OneNote has a complicated model. It’s sometimes available as a perk for some new device purchase, but sometimes it’s a premium service. Regardless, if you want a binder like an experience, then it might work for you. Still, like Notion, its process isn’t that friendly and can be daunting at times. Not to mention the sync issues and bugs such as notes disappearing it has. If you want reliable and no-hassle note-taking, it’s hard to beat Google Keep.

Aside from the reasons above, Keep’s main strength, which most people also overlook, is its integration with other Google Services. In just a few taps and clicks, you can transfer to and from Gmail, Calendar, Docs, and Tasks. Currently, there’s nothing that can compare with Keep regarding that, so it’s worth thinking about as a deciding factor.